On October the 27th, Seven french took the weekend off to go on an adventure, playing some Old-School in Italy.

Some photos were taken from the official Facebook page, feel free to PM for removing them.

This not so far land is well known for having beautiful -but noisy- women, great food, huge history but more important : major Old-School tournaments.

And this time we went for the FishLiver Oil cup #1 (I think there was already one last year, but apparently that doesn’t count). This tournament organize 2 days of tournaments :

Guillaume, Mathieu and me got together at the Charles De Gaulle – Aiport, Friday afternoon, Arnaud took some times to get there, just enough to grab a beer.  While waiting for the flight, Guillaume couldn’t resist his Rhum addiction, neither could we… So here we are, boarding with our decks & a bottle of rhum. Flight was fast, but we did have time to play some games.

We were picked up at the airport by Francesco and Gabriel (As far as I can recall), then went directly to the hotel, we got enough time just to check-in, drop the luggage, and walk to the Friday tournament place : Lanterna di Genova (The lighthouse of Genoa).

What a wonderful view when we got there, the wonderful Lanterna di Genova was there, waiting for us but more important : The delicious Focaccia & White wine 🙂 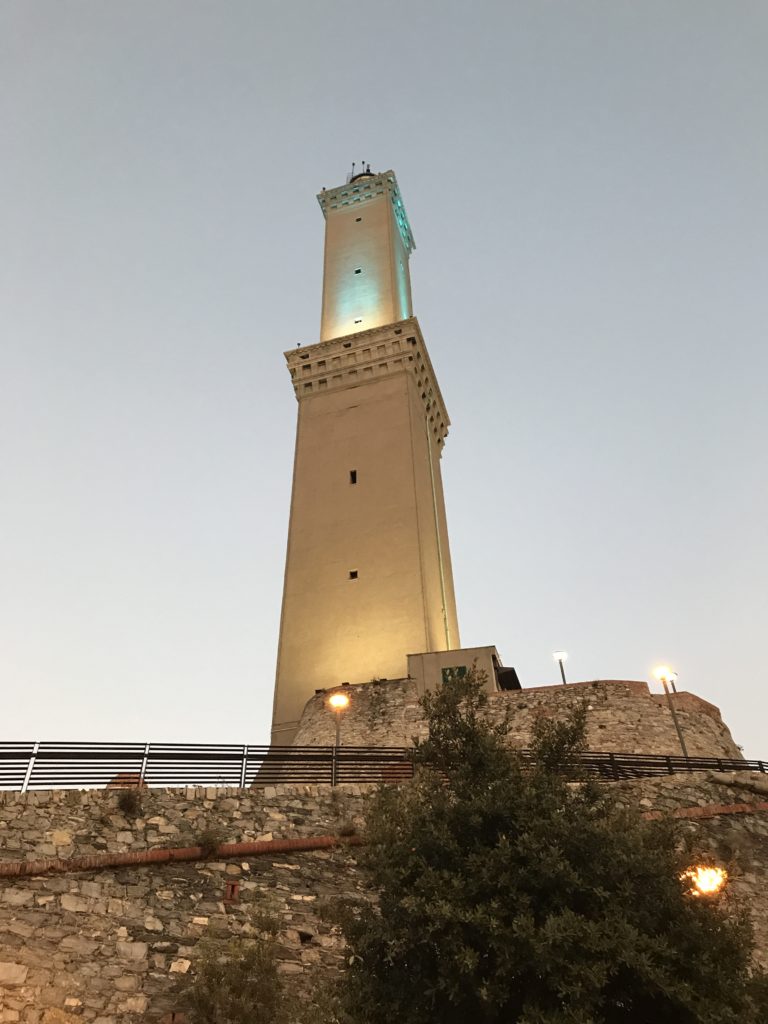 Over there we recovered 2 well known french  : Rodolphe and David, and get to know a new Old-School french player : Ben.

No time for chit-chat, it’s time to play some EternalCentral games ! 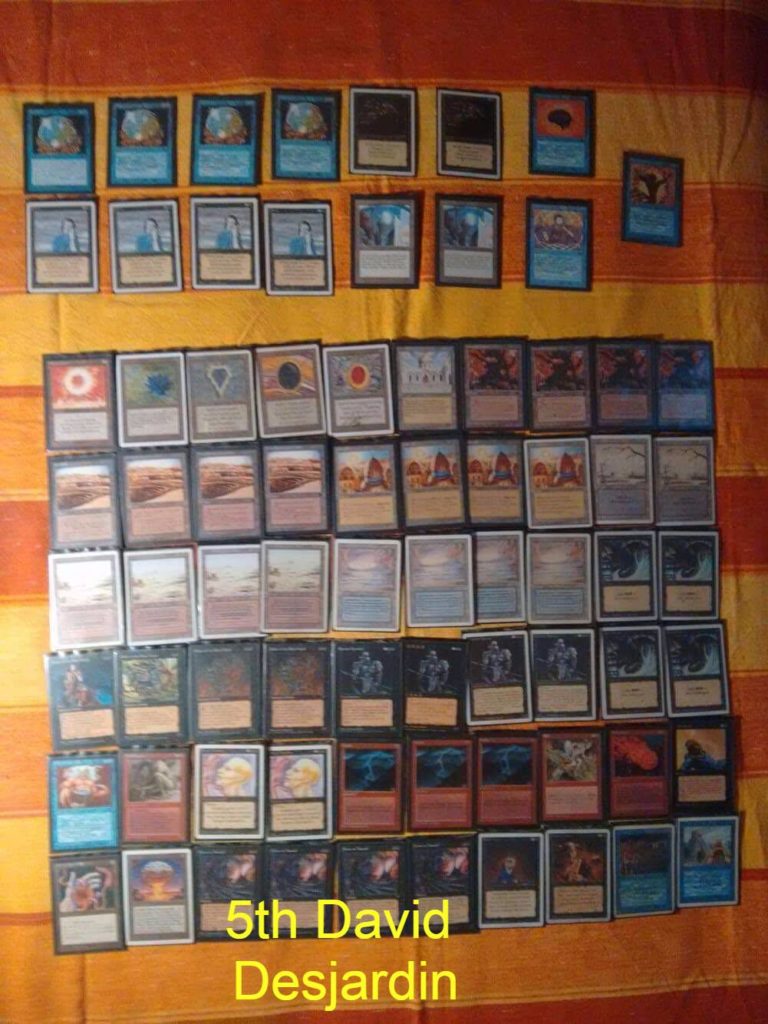 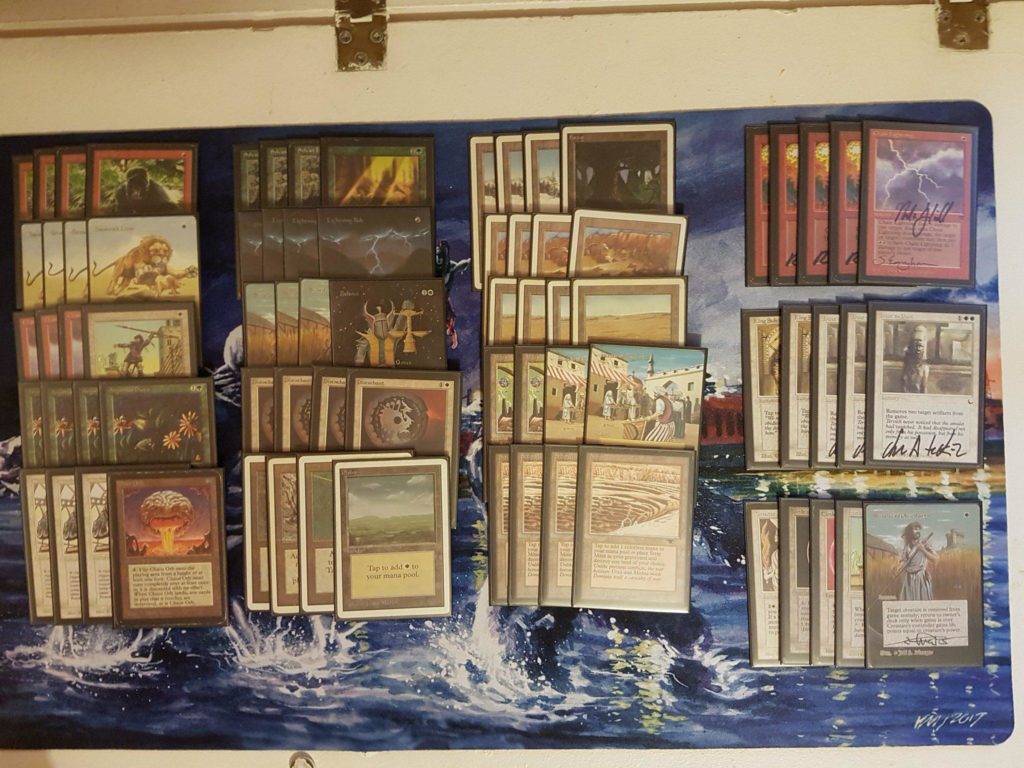 Guillame went for a LandDestruction Deck

Arnaud for a ? Deck

Mathieu went back from the future to bring is tomorrow’s deck with few custom : WeenieWhite (see below) with below playset : 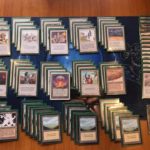 As far as I recall, David makes it to the 5th place, Rodolphe 9th, and the rest of us didn’t make a memorable performance….

We stayed until noon at the Lanterna before closing, and right before top8. Thanks to the organization we successfully ordered wonderful pizzas, we couldn’t fully understand all the recipe but Guillaume spotted the “spicy” one, which turns out to be perfect, but one wasn’t clearly enough 🙁

We gave a toast, took a group pictures then go back to the hotel.

Top8 took some times to set up, we went to the hotel’s bar to do some deck tuning… at 3 AM, the bar was closing  so we decided to get some sleep while the top8 was going on.

I woke up late, one hour before the beginning of the tournament, meanwhile Guillaume and Arnaud went for a breakfast & some card shopping.

David did get some interesting touristic tour of genoa during friday night, you can read it over there. 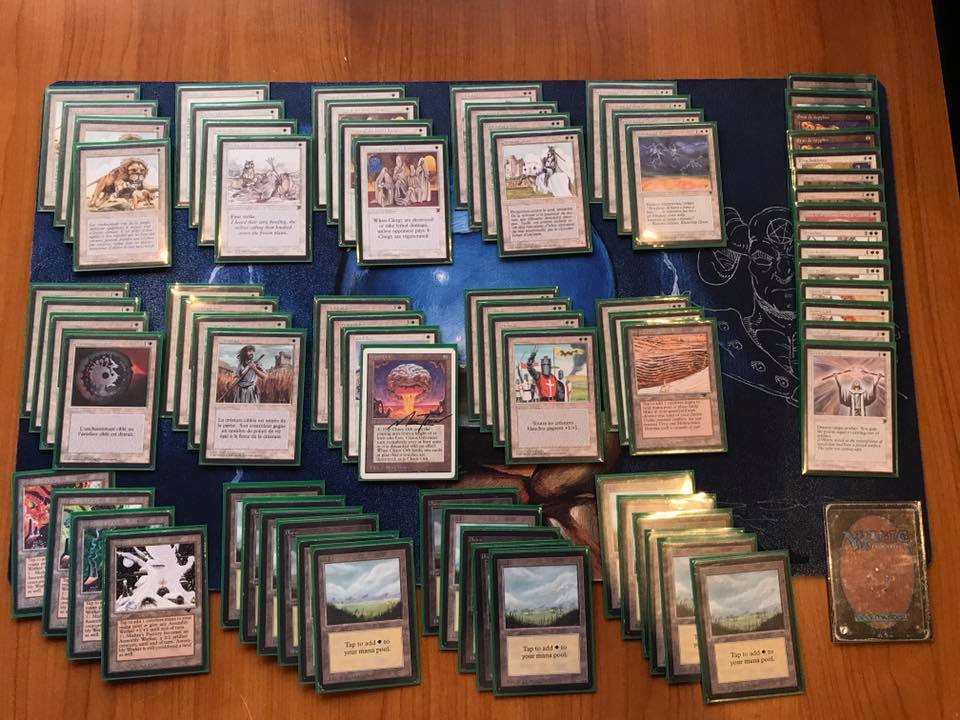 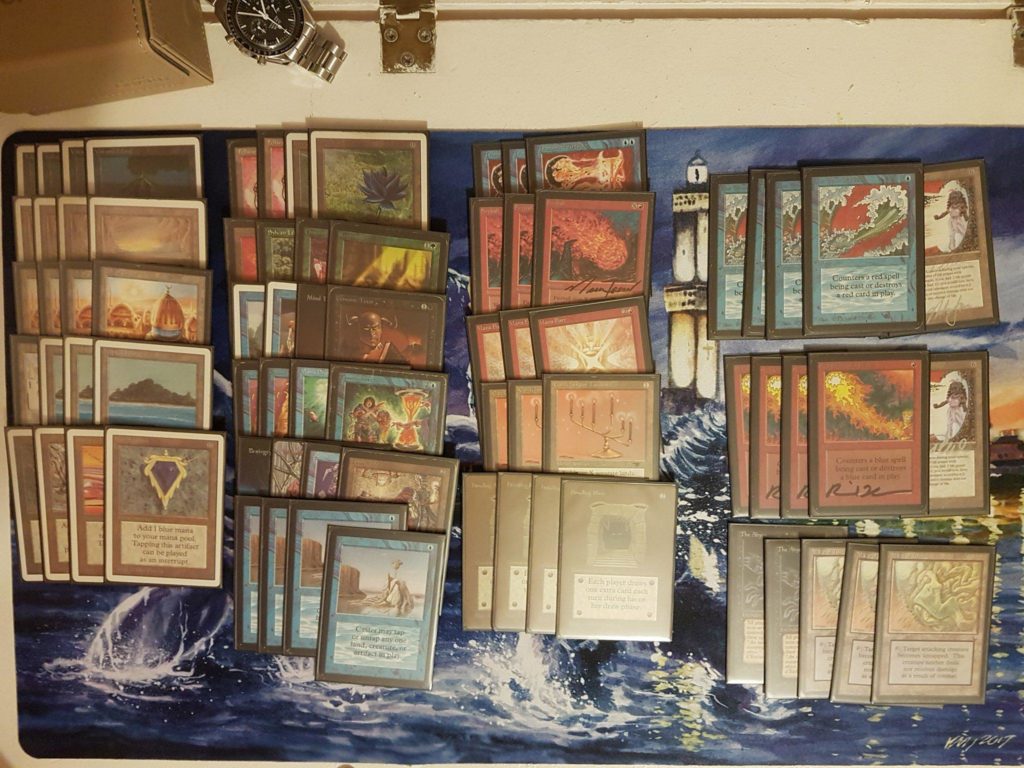 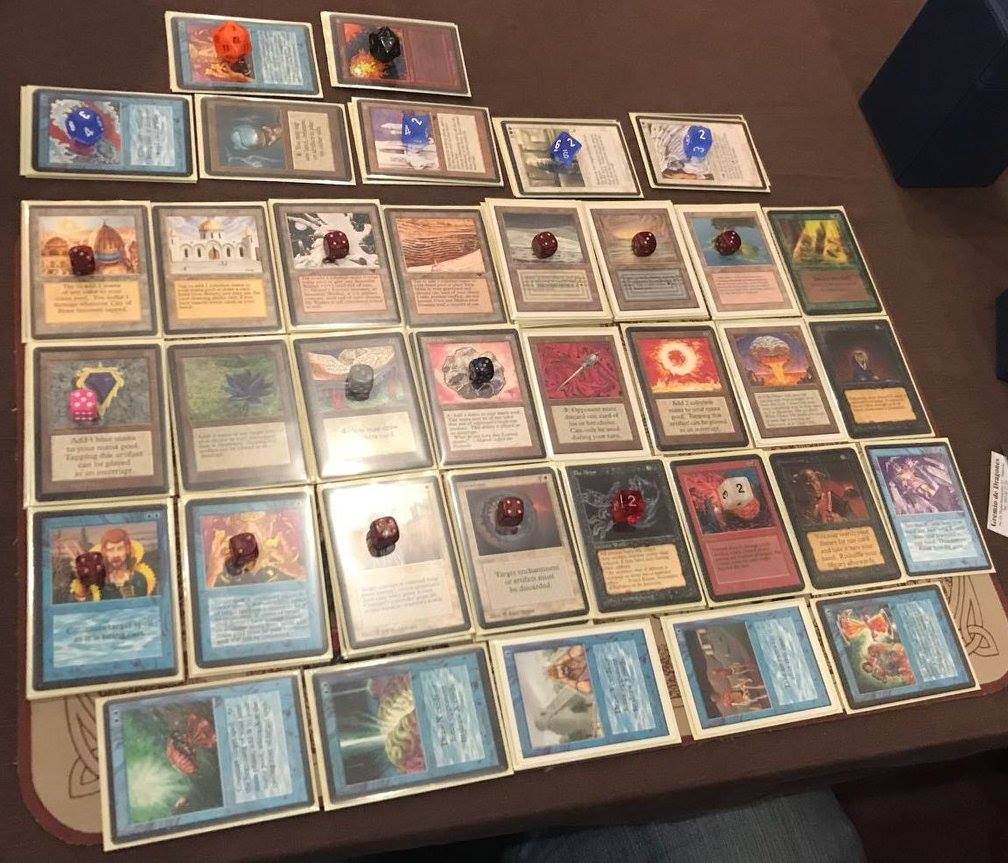 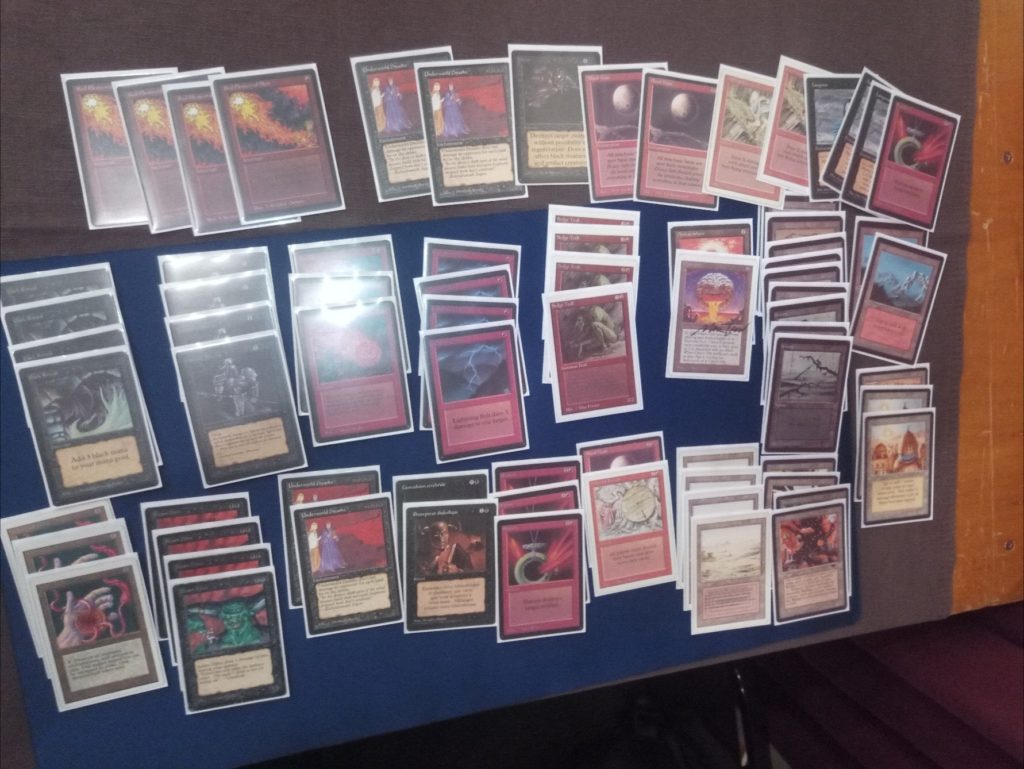 And now our results :

Arnaud, Rodolphe and Mathieu : somewhere between 16th and Last I guess 😀

While waiting for Guillaume to lose its game, Mathieu went for a side event (full story here) … After Guillaume’s defeat we went outside with Arnaud to find some restaurant, we ended in a pizzeria where everything was delicious (starters & pizze) but their “home wine” taste like vinegar 😀 Hopefully Guillaume advised us some beer.

The return to the hotel was kinda hard for me, a little too much alcohol during the day & restaurant… We ended this day sitting in the bar (again) talking around a beer until 3 am…

Sunday we leave for the airport, play some games during the flight then went back home… tired.

Thanks again to the organizers, their kindness and their availability